DISCOVERING THE ROOT OF OUR STORIES 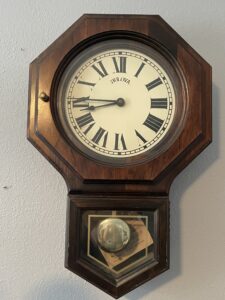 My mom asked me to stay while she napped. “Take a nap, honey…on my bed.” I couldn’t refuse my 92-year-old mom. Plus, her air conditioning felt wonderful. We had just come back from being outside on a very muggy day. She quickly dozed off on her small couch. I sat close by on her twin bed and looked around her studio apartment. I was tempted to stretch out and nap, but I was too distracted.

I found myself studying all her favorite things – fragile figurines, throw pillows, antique lamps. Then, I honed in on the walls, studying decorative plates, framed art prints, framed photos of my parents wedding day… I disappeared into studying everything on her walls and atop her furniture. I felt a bit comforted. Afterall, I grew up surrounded by all these things. They were home. My mom was an incredibly talented decorator. Our home was beautiful inside. Every plate, print, figurine had a specific place. And a story. She bought most things at antique stores or from collectors out on farms. In a way, she had bought someone else’s “story” and then went on to create her own. I admit, I didn’t appreciate these things growing up. My chore was dusting them. But then I learned to negotiate with my brothers, so I could mow the lawn – and one of them was happy inside dusting away!

My mom let out an occasional snore as I tip-toed around her little apartment. I wanted to stand close and get a good look at things. I got a bit misty eyed, thinking about all the stories behind them. I was surrounded by story. Then, it hit me. Lots of these things have shown up in my fiction writing – in my character’s homes, in my themes, plots, etc. How could they not, I suppose… Afterall, they are still deep in my roots. These things. Each one holds so many stories. Each one holds part of my story. Each one.

Framed photos: Many black-and-white photos decorate her walls; many feature her parents and grandparents. I never knew them. They were born in Poland, but my mom never told their stories. Oh my gosh! One of my characters is growing up in a Polish family. Even though I only saw my Polish relatives a few times a year (and they taught me how to polka), I never knew their origin stories, their roots. Perhaps, I have desired “finding” them in my writing. Actually, I have.

Shoes: Her brown leather lace-up shoes sit on the floor across from her couch. They have sat there ever since she started wearing a pair of white Reebok shoes. I always picture my character’s shoes, even if I don’t mention shoes in my story. The color, the brand, the style. I’m especially intrigued with why my character would choose a certain shoe.

Landline telephones: My mom has three landline phones, each within a few steps. In our teen years, my brothers and I were always vying for our one landline. All of my YA’s take place in the days of landlines. I prefer the challenge inherent in a landline, such as a family eavesdropping, everyone racing to the ringing phone…

Clocks: There are four clocks spread throughout my mom’s. I remember the obnoxious sound of our cuckoo clock while the seven of us ate Sunday pot roast. Despite my struggle with chronology in writing, I thoroughly enjoy giving clocks a major role. Nothing like an alarm clock startling a character! By the way, my childhood kitchen clock hangs in my writer studio.

Here’s to the finding, discovering the root of our stories, where ‘er they come from! Children’s author E.E. Duncan summed it up best: “It’s interesting to look to ourselves and find those themes that recur in our writing and discover their roots.” Elizabeth is a member of my amazing critique group, Story Spinners. Her biographies and historical fiction explore how history affects everyday people. Her books include, Florence Sabin, Teacher, Scientist, Humanitarian; Felipe and Dolores Baca, Hispanic Pioneers; Ralph Carr, Defender of Japanese Americans; Helen Hunt Jackson, Colorado’s Literary Lady.

Facts From a Week in the Life of a Writer 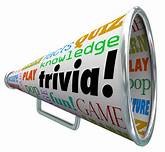 I am ready for a game of Trivial Pursuit or Jeopardy! Perhaps, I’ll actually get a few answers correct. No, on the other hand, I have no need for a competition today. After all, trying to get published is plenty of competition for me. I would rather brew up some tea and share a cup of facts and findings from my past week of research for my new young adult novel, a nonfiction kids article, and a picture book. Oh, how lucky I am to be a perennial student, day after day!

Enjoy! (These are not in any particular order):

By the way, a photographer and journalist came up with the idea of Trivial Pursuit while playing Scrabble. Photographer Chris Haney was always open about being a high school dropout, often joking, “It was the biggest mistake I ever made. I should have done it earlier!” The board game artwork was done by 18-year-old Michael Wurstlin.

And, in case you’re wondering… the word trivia is a derivative of trivium. The origin of trivium is, place three roads meet. Oops, I forgot to share: Peril is a synonym for jeopardy.

Hmm, maybe I am ready for questions. Game on! If my answer is wrong and I get the gong, I’ll simply say, “I Should Have Known That!” (a board game for young adults) and brew up another cup of tea.

Getting Rid of an Attention-Grabbing Secondary Character 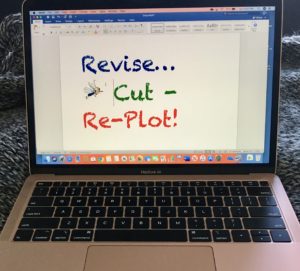 Over the years, my MG historical novel has been critiqued, revised, submitted, requested, and rejected. It is a grueling process. In fact, there is only one reason why I have not abandoned this project all together – I love this story. I really do.

It was time to take some drastic action. Try something “out-of-the-box.” After thinking about it for weeks, I decided to hire a well-respected private editor to do an in-depth critique. I had recently attended her workshop and felt she would be a good fit for the story.

The editor agreed to do the work and asked me to email the book. I was elated, thrilled, and proud of myself for taking this step. Unfortunately, months went by without a word from her. I began to worry. I became convinced  the manuscript was beyond repair which was why it was taking her so long  to getback to me.  Finally, her response  arrived. I opened the attachment and braced myself for the  news. And there it was,  twenty-four, single-spaced, pages of notes.

I took a deep breath and began scrolling. There was good news and bad news. The good news was that the writing was strong. Yay! I had done a wonderful job of building my world. The setting was  authentic and believable. Double yay! She also loved my lively cast of characters. Jumping up and down!

But there was bad news. Well, let’s not call it that. After all, I had hired this editor to find out what wasn’t working. Bottom line – My main character’s story-worthy problem was not story-worthy. The stakes were too low. The outcome was unsatisfying. I needed to amp it up – make my protagonist’s dilemma more urgent and emotional. I read on, hoping  the editor had provided ideas on how to fix this. She had. She identified two meaty subplots that could  be “mined” and turned into story-worthy problems. Great! I could do that. I loved those subplots.

Except for one more problem. My main character  was being overshadowed by some of the more interesting secondary characters. Ugh!  I had done that on purpose. This particular protagonist was supposed to start out naïve and meek and evolve into a dynamic, action-taking person as the story unfolded. Only it wasn’t happening fast enough. This girl was a wishy-washy pushover who was being too influenced by those around her. Especially her rebellious older sister and her spunky best friend.

The editor assured me that this was a common mistake. Main characters needed to grow and change over the course of the novel. They had to stretch themselves and become risk-takers as they jumped over hurdles and surmounted obstacles. But this girl needed more pizazz, more flaws.  Readers were not going to care enough about her to follow her to the end of the journey.  She had to drive the action more, make larger mistakes, recover, flounder, and keep going until her new story-worthy problem was solved.

My head began to spin as I read through those twenty-four pages. This was going to be a ton of work. A total rewrite! Then, suddenly, a plot-twisting possibility popped into my brain. It was like an annoying mosquito buzzing in my ear.

“Get rid of the rebellious sister,” it hissed.

“What?” I said, swatting at the invisible bug. “I can’t. I love that sister. And she’s critical to the plot.”

The buzzing continued. “She needs to gooooo.”

“No,” I said, more emphatically. “She’s too important.”

“She’s not,” the insect hummed, flying around to the other ear. “She’s stealing the thunder. Grabbing the attention away from your main character. Delete her! NOW!”

I didn’t want to admit it, but the editing mosquito was right.

I opened my computer and took a deep breath. It was time to re-plot. I began by eliminating the snarky older sister. Then I focused on transplanting her “attention-getting” traits into my main character. I made a new plot-map and merged it with a SAVE THE CAT – Beat Sheet. It was only a preliminary plan, but I could already see my protagonist morphing into someone who was more impulsive and action-oriented. She would have good intentions, but would make a lot of mistakes as she went along. Readers would root for this girl. They would cheer her on as she ran amok before solving her brand new story-worthy problem.

I miss the sister. But deep down, I know my story will be stronger without her.

Have you ever had to get rid of a lovable secondary character? Let me know how it turned out.