I love thrift stores. Once a month, I choose one and treat myself to a long perusal of its shelves. I love the excitement of not knowing what I may find. But I do know that having explored the rest of the store, I’ll always end up in the book section. Like all children’s authors, I can’t get enough of books. 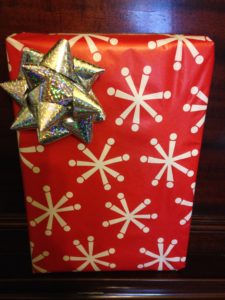 And when that perfect award-winning book sits forlornly on the shelf, I buy it. How could I not? At thrift stores prices of a quarter for a paper-back, or two-for-a-dollar hard-covers, I’ve found true treasure. My own bookhelves, of course, are bursting. I can’t keep these books. But I’ve found a solution. I give the books away.

My thrift store treasures go into one of three boxes. One box is for a small library in rural Indiana, a library my great-uncle helped build. At the start of each summer, I mail this library a box of books, from readers to middle grade, that they use as rewards for their summer reading program. Each year, I’ve gotten a card signed by all the kids in the program, and I’ve been thrilled to see the list of names get longer each year. It is because they are getting great quality books at the end of their program? I don’t know, but I can only hope…

The second box is the hardest, but the most satisfying. To fill this box, I need to find, on my thrift store adventures, twenty-four pristine, un-marked holiday books – books like The Polar Express or The Night Before Christmas. Typically, it takes a few years to fill this box. And when 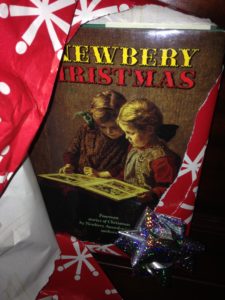 I’ve finally found the last one, I wrap each book and tag it with a number, 1-24. The collection becomes a magical advent gift for a special child, with a different book to unwrap and read each night on the count-down to Christmas.

The third box is new, and its contents will stay closer to home. My own street is too quiet for a Little Free Library, so my church is allowing me to set up a Little Free Library on their grounds, near a city bus stop. This Little Free Library won’t be installed until this spring, when it’s warm enough to dig and pour concrete more easily. With an inner-city location in a primarily minority neighborhood, I’ve been able to start collecting books for a different demographic and age spectrum than those aimed for school kids in the mid-west. I can’t wait to become this library’s steward, and see which types of books will best serve the community.

NaNoWriMo stands for National Novel Writing Month, and it happens every November. One novel, one month, fifty thousand words. For all of you who completed NaNoWriMo this year, including one of our very own Story Spinners, congratulations!

This was the year I was going to do NaNo. I had a genre, and a working title. A concept for a story. A beat outline I had shared with other writers for feedback. I had set up my story in three acts, knew my main characters and knew the major plot actions. The turning point! The climax! The resolution! An inciting incident, a problem with stakes, and everything. A setting that I really liked and was going to have fun exploring. NaNo, here I come!

And then I started. So far, so good. Slight derail due to a stomach bug that whipped its way around the house, taking down my kids and my husband consecutively. I was still writing, still working my way through. But then I realized that my outline wasn’t as complete as I wanted it to be, that I actually needed some more things to happen before I hit my inciting incident (or what I thought was my inciting incident). But I still needed to write – write something. Write anything. NaNo!

As I kept going, I started to realize that I was just writing for speed, and while my word count was increasing, I wasn’t really sure that my book was developing the way I wanted it to be. I was afraid that if I kept writing what I had, I would look back and need to change an awful, awful lot.

So I stopped, and reassessed. Did I want to succeed at NaNo? Yes, I did. But what I really wanted was a strong, well-written, first draft that made sense logically. I realized that the planning I had done wasn’t actually enough. I didn’t know enough about some of characters, and while I had plot goals and motivations, I didn’t have enough of the emotional arc figured out to go along side it.

So I didn’t finish NaNo this year. But I did get three great things out of it. The first is that some of my free form writing was really helpful. I journaled as one of my characters, and getting their voice and having them talk about the other characters actually brought out some nice mannerisms and physical descriptions. And it was fun! I will look to do that more as I work on this next project. The second is a much stronger understanding of how much I want to plan in advance before I start writing. While I want room for discovery writing, I also want the major threads to be determined and available to me, to give me focus and a path. Even if I then choose to veer from it. And the third is that if something doesn’t feel right, I can figure out what is better for me and move on in that new direction.